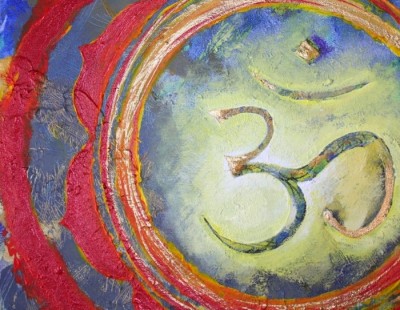 In our yogafrog classes we always like to chant Om… But why is that?

Om, or Aum is a mantra, or vibration, that is traditionally chanted at the beginning and end of yoga sessions. It is said to be the sound of the universe. What does that mean?

So much of what the ancient yogis knew about the Universe is being corroborated with scientific research today. One example is the idea that everything in the universe is in a constant state of flux. Nothing is ever solid or still. Everything that exists pulsates, creating a rhythmic vibration that the ancient yogis acknowledged with the sound “Aum”. We may not be aware of this sound in our daily lives, but it is always there, always present. In some descriptions Om is not only a manifestation of the movement of energy but actually represents the energy itself. Through the study of the external Universe, quantum physics has shown that everything in its most fundamental form is energy. The yogis realised this through a process of self observation, exploration of the internal Universe, and used the Om to represent this energy, the totality of all things. Thus when we chant we are aligning ourselves, our small minds, with the the entire Universe, the great Self. 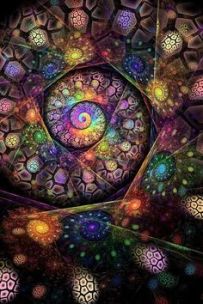 As with so much of yogic philosophy and writings, there are layers upon layers of complexity associated with the Om. It is in fact made up of three syllables: A, U, and M, (phonetically, “ah” as in car, “ooh” as in “…suits you sir” and “mmm” as in you just tried Polly’s newest brownie recipe – https://yogafrog.co.uk/2016/04/18/chocolate-brownie-sugar-free/ ). These syllables can represent a great variety of trios, including: heaven, earth, and the underworld; the Hindu gods Brahma, Vishnu, and Shiva (aka creator, sustainer, and destroyer); and the waking, dreaming, and unconscious states — thus representing all of consciousness (see the very interesting Ted talk below for more about this).

This all sounds very transcendental, and we like it… but in our classes, why do we like chanting? 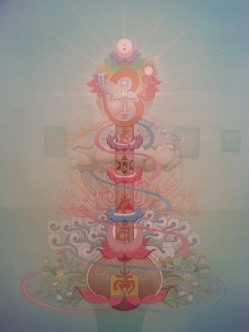 We do it because it makes us feel good. We chant individually because we know that sounds can cause physiological change within the body. We know this intuitively and based on objective studies. Additionally, when we chant together we feel that we are all connected, in the same vibe, and it can be very uplifting.

Sometimes people don’t want to join in the Om, maybe because they are overly self-conscious, or because it will ‘offend’ their religion, or maybe because they find it too strange and they just want to laugh! In his song “Sunscreen”, Baz Luhrman says “Do something every day that scares you.” I try to put this into action as often as possible. The simple act of chanting this mantra can take people come out of their comfort zone and over time allow them to overcome certain aspects of themselves such as shyness, discomfort, beliefs, judgements.

I like to see this happening, this is why we practice yoga, to break trough all those silly patterns and ideas which we impose on ourselves.

It does not matter how you sound, just go for it. You will come to love this sound. Promise!

When the class is flowing and we finish of with an almighty OM… It is really gratifying indeed! 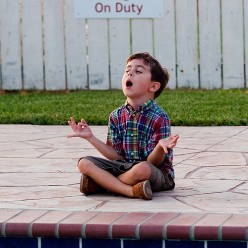 Great TEDx talk. All About Om.